In its simplest form, ansible is a Python derived automation scripting tool, commonly used to install, configure and manage servers and services. It has a huge collection of modules available out of the box to support management of a wide variety of tasks.

In this blog, we’re going to talk about using ansible to setup TCP/IP port forwarding to support a zDT – which is a zSeries mainframe emulator – that runs as a guest inside a Linux server. 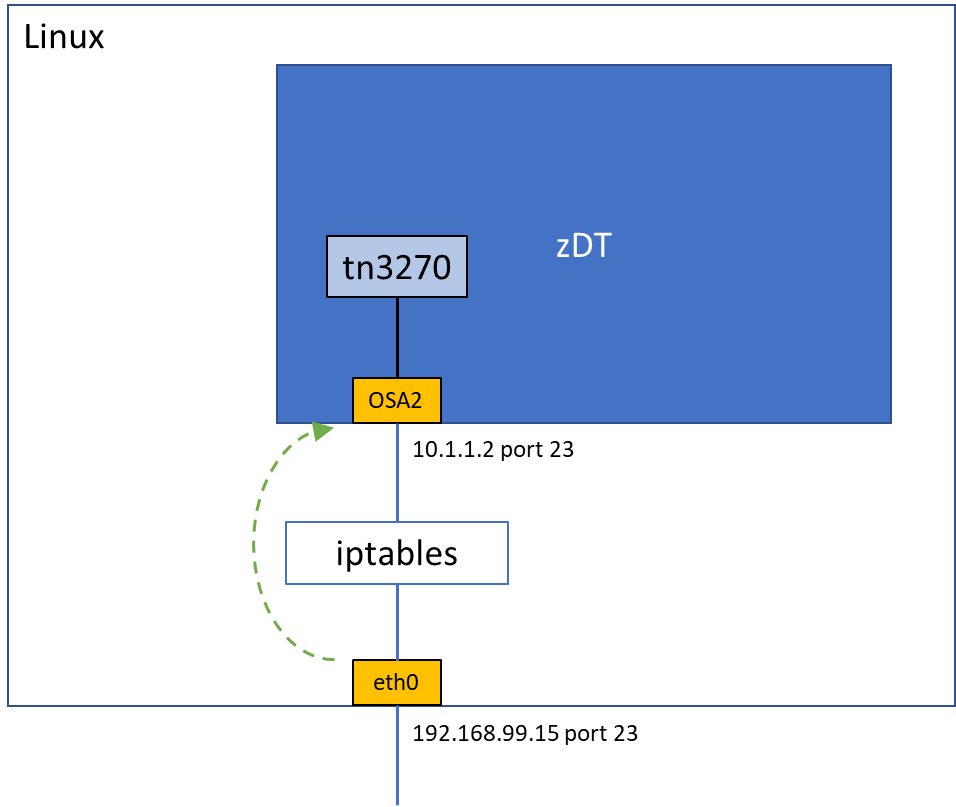 In this example, the zDT emulated mainframe is presented inside the Linux server (at one end of a tun/tap tunnel) on IP address 10.1.1.2, and the host Linux server appears on the physical network as 192.168.99.15. For client applications and tools to be able to connect to the zDT services, the Linux server will need to forward those requests from 192.168.99.15 to the internal 10.1.1.2. This can be done by either:

This is possible because we use a feature of the firewall (NAT) to hide the fact that we’ve done this from the client.

Suffice to say, whilst the example is a little esoteric, the tools and method are quite normal. In our case we’re forwarding to a service hosted within the same Linux, but this can be applied just as well to an external address.

Setting up port forwarding is also possible on Windows, where the netsh command is used (see below).

The iptables commands to do this all revolve around the NAT (network address translation) table, and all have to be issued with root authority (cf sudo). 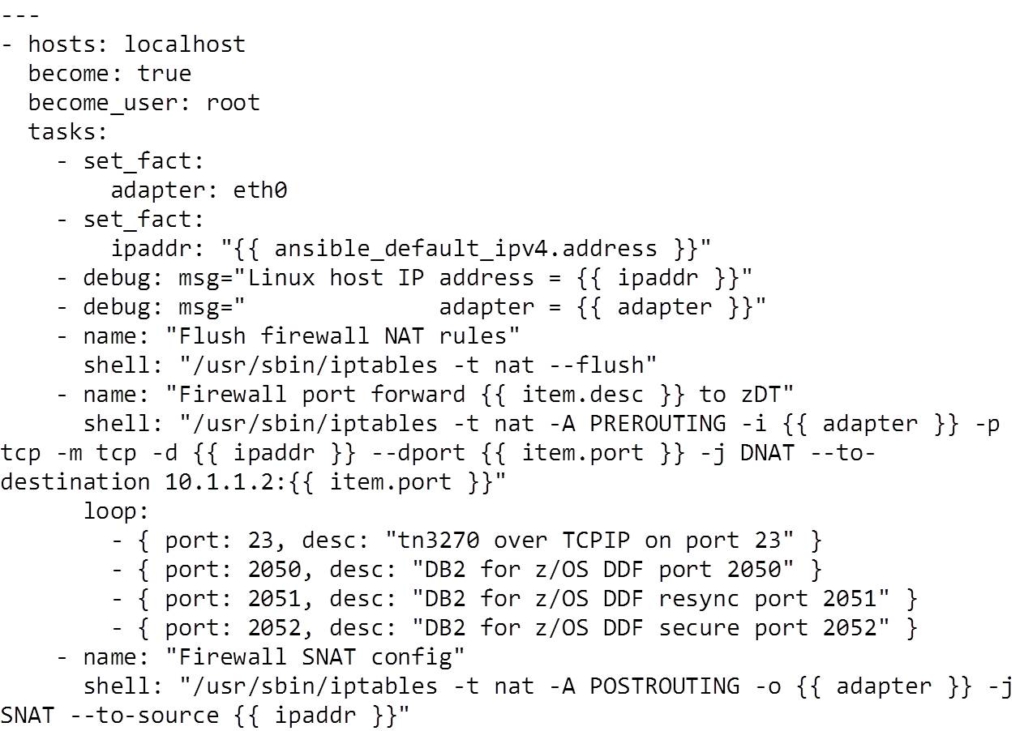 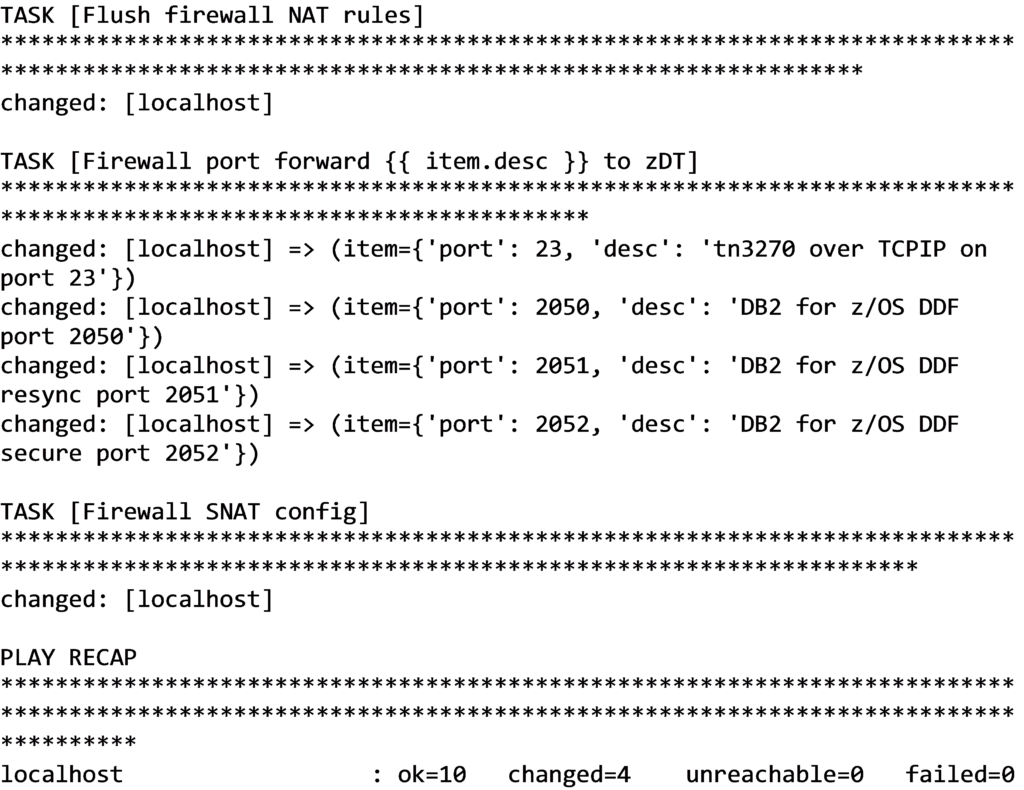 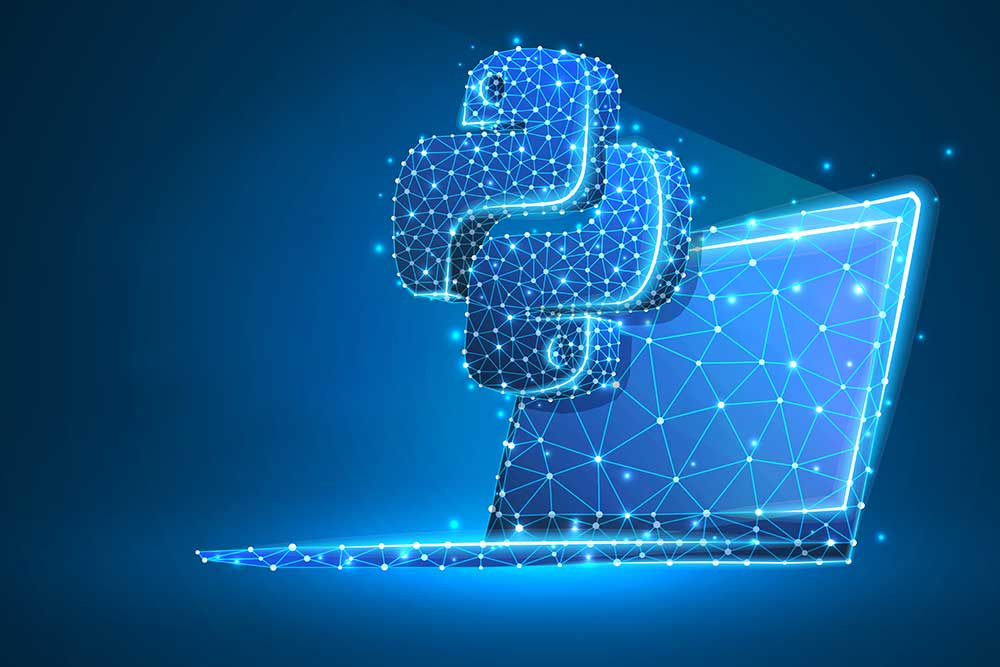 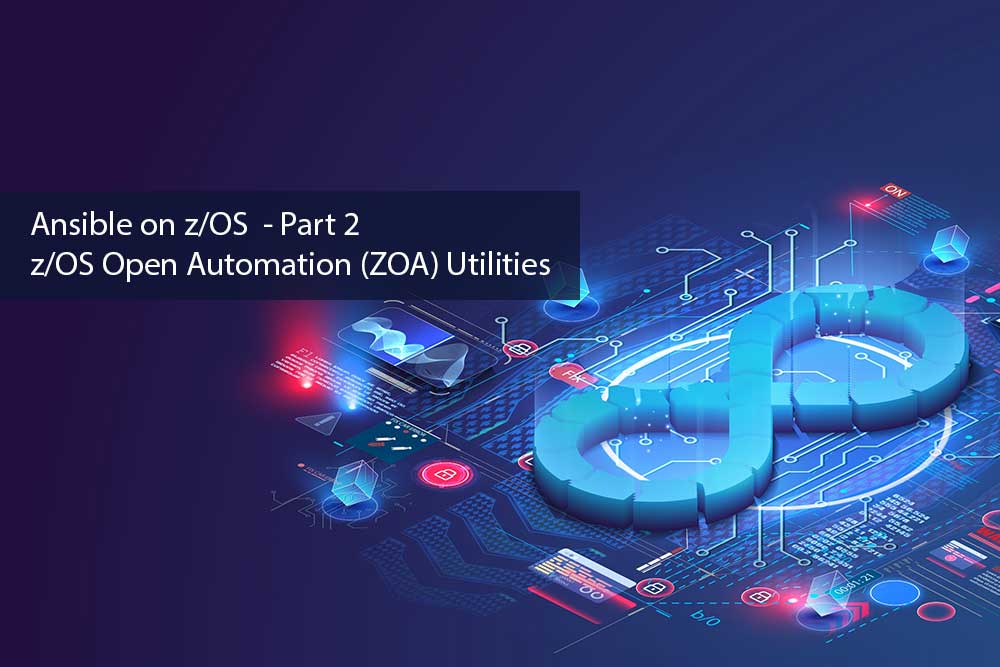 Introduction In the second of this series, we look at the installation and execution of the second ansible pre-req: IBM